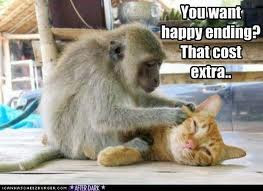 A reader wrote an article in reply to my How We Use Remorse. (Part 1):

with regards to things I can’t help, I don’t feel remorse about those.

This is exactly the way I feel about it. It’s how psychopaths in general feel about it. So it may seem surprising if we still do never feel remorse. But it’s simple in a sense, because I always feel I couldn’t have acted any differently. That is, of course I’m aware that I can choose another line of action, but seen from my perspective I always have to do things exactly the way I do them, or I wouldn’t be me.

But this may not be all there is to it. For I have done things and then later realized what I did was really wrong. It hasn’t happened often, but I do remember it having happened. On those occasions I should feel remorse (or so I gather from what I’ve been told by so many people and psychologists, judges, etc.). And yet I do not. I feel disappointed and sometimes annoyed with myself, with the fact that I’ve made a mistake.

I have had experienced where I acknowledged I had wronged another person, that I had caused them pain or even suffering. If I have had any contact with these individuals, I have had no problems with giving them a sincere apology. I really do mean it when I apologize for having done something I wish I’d have done differently, or not at all.

But never once did I feel remorse.

The main thing that makes me wonder about it all, is that I can’t see why feeling remorse is of any consequence, of any importance, whatsoever.

Why do I have to feel bad also?…

It is as if there is a silent understanding saying it isn’t enough to acknowledge a wrong and give an apology. If you want agreement, then you have to do more than apologize. It doesn’t matter how sincere your apology is, you must do more than that: You must suffer also!

This I find unnecessary, unreasonable, and maybe even insincere on part of those who claim to want an apology but say they don’t want revenge. If you’re supposed to feel bad even if you give an apology, what is that if not revenge? It certainly does not have a logical purpose in and on itself in my understanding.

Or maybe I’m missing something?

I found this short article about the meaning and historical function of Apology. I think it brings up an interesting point. Maybe the idea of what an apology implies in our present culture is not such a universal given after all?

Usually when I give an apology after having realized I did something wrong, I actually feel quite good. I feel good because I’ve learned something new, something I can use to make better choices in the future.
Indeed, I have always felt good in these kinds of situations… But I have known since I was a small child that I am expected to feel bad, to show remorse, and I knew that if I didn’t do so and do it convincingly, then people would be likely to not accept my apology as an apology, and they would think instead that I didn’t mean it, that I was dishonest.

To this day it is how it is, and I have become quite adept in displaying the exact right level of remorse in the exactly right way, emphasizing the exactly right little details in behavior, such as bowing my head and avoiding eye contact just enough, make my movements sufficiently hesitatingly slow and my eyes big with a slightly questioning expression (“do you still hate me?… master?”), and so on.

And this has made me silently feel resentment instead.